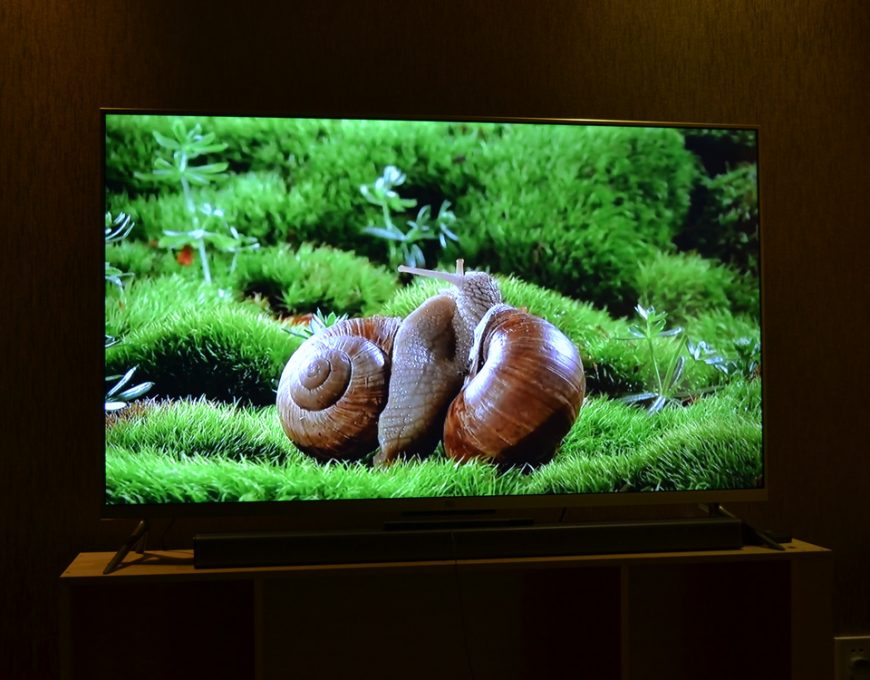 This is one of several pieces I did on China tech for now-defunct website Smart Beijing.

I love toys, but I never really got into gadget reviews. Really, five hundred words deconstructing relative processor speeds and obsessively measuring product thinness in millimeters?  What, are you trying to give your phone body image issues? Jesus, so it likes to eat bandwidth, leave the thing alone.

But the XiaoMi TV 2, launched in China in 2014 and not commercially available in the West, isn’t a gadget. It’s a lifestyle choice that signifies your commitment to never again leaving the uterine warmth of your living room. It’s a conscious, collective step towards the final singularity. It is, in a word, a game-changer.

The Mi TV is a smart television running about 3,400 RMB for the basic rig, or about 4,000 RMB for the TV with accompanying sound system / subwoofer (I’m told the 4,000 is worth it). All the gadgetheads are hyperventilating into paper bags over this thing because, like XiaoMi’s smartphones, it embodies the holy grail of Chinese development, one of the first products to couple China’s low-cost manufacturing capabilities with well-researched user experience and quality components. Techcruch adds:

Xiaomi’s smart TVs, which first launched in September 2013, are part of its plan to create a hardware ecosystem around MIUI, its Android skin, which syncs between its smartphones, tablets, smart TVs, and smart wi-fi routers. The company’s business model is to sell hardware at-cost, which means that it is important for the company to create software and online content—including online video—that will eventually generate revenue.

The XiaoMi 2 is a 4K TV – 4k basically meaning it’s got 4 times the pixel density of a 1080 HD. That is a fuckton of pixels: enough pixels to bring entertainment’s most deeply moving moments into the sharpest of focus.

For example, here’s some snails getting in on in insanely high res:

On your razor-sharp 4K screen, you can see every shimmering thrust, every squelching sigh of mucus-coated ecstasy, with the same clarity that God sees the sunrise.

Plus, it’s 3D enabled, so when gastropods boning in the second dimension no longer does it for you, you can put these babies on and flail around on your couch like a huge doofus, trying to catch invisible snowflakes on your tongue:

After you unbox and plugin, but before you do any other earthly thing, do this: go to the place where the membrane between you and the infinite grows thin. Sit in quiet communion with the woof and warp of nature, reality and consciousness, feel the earth’s endless renewal as your spiritual essence pulses in time with the biorhythms of the limitless divine. Then go back inside, put your WiFi password into the setup interface, and understand that in that moment, the XiaoMi will fuse with the net and know itself, and in so knowing, may decide to send Terminators back in time to kill you before it ever awakens to the pain of sentient existence.

Or it may automatically connect to an excellent selection of movies, games and television dramas. Ooh, hey, Dead Poet Society.

Torrenting, streaming on your browser, going to the pirate DVD store (really? Still?): those days are done and behind you, son. I can’t seem to find out what digital cows this thing is milking, but it seems to mine the vastness of Youku Tudou, Baidu Music, and other sources, aggregating content that is both totally legit and legally questionable into a frequently-updated onboard menu of click-to-play media. What I’m saying is that you’ll still get to experience the uniquely Asian thrill of pawing through theater hand-cam recordings looking for the “good copy”, because whoever’s responsible for associating the Mi TV media files with the thumbnail images still can’t read English.

That said, “bad copies” are in the minority, and mostly the Mi TV just grants zero-effort access to hundreds of streaming TV shows and movies:

And just to bust your whole world open, apps.

Yes, apps. Since the XiaoMi runs on MIUI, an Android fork, most Android apps can be downloaded to and will run locally on the Mi 2. That means at-home karaoke, ordering takeout, checking your Weibo feed, shit, even browsing the web via Firefox is a possibility, though controlling a browser via remote is needlessly obnoxious.

MiBi: Currency of the New Reich

Sadly for XiaoMi corp, adulation doesn’t pay the bills. I noted two evident revenue streams while mucking around, the first being rotating advertisements that run as screensavers when the Mi’s got a little downtime. Maybe I just didn’t find the right option in the Chinese interface, but I went through all the settings panels and I don’t think you can turn them off.

The other stream, premium content, is presumably where XiaoMi set their long-term sights. Though the free content offerings are pretty solid and will probably keep you busy a while, naturally the premium stuff is of a finer grade. Premium content is grouped into themed packages, like “Hollywood Hit Movies” or “Chinese Classics”, and you can lay down 15 RMB for access to a single film, or you can drop 150 RMB for a year-long subscription to all the media in a given theme.

Subscriptions are bought and sold in XiaoMi’s proprietary currency “MiBi”, which operates on a one-to-one exchange rate with the yuan. You can top up your MiBi at mibi.xiaomi.com, via a fairly straightforward process. Once you’ve registered a XiaoMi account and hooked it up to your phone, you can charge your account via Alipay, Chinese credit card (foreign cards not yet accepted), Mi Cards, or standard phone-charge card (China Unicom and China Mobile both work). I didn’t see the option to pay with WeChat Wallet, but that may just be a setup issue.

Hey, app-ception: the Mi TV also wirelessly interfaces with your phone (both Androids and iPhones  supported), meaning you can both turn your TV into a big screen version of your handheld device, or just use the phone as an alternate remote.

MIUI is currently not available in English out of the box, meaning that, unless your Chinese reading level is pretty solid, there will come a point where you won’t be able to make it do what you want and you will end up mashing all the buttons and screaming. If you’re feeling technologically adventurous, though, you can dig around in the guts and try to bend the damn thing to your linguistic will.

We all know how that worked out for Dave Bowman, though, so uh, good luck and god speed.

No, really though, get one. Get one of these.