Another Year in Toxitopia, or: Low Levels of Micro-Particulates are for Sissies 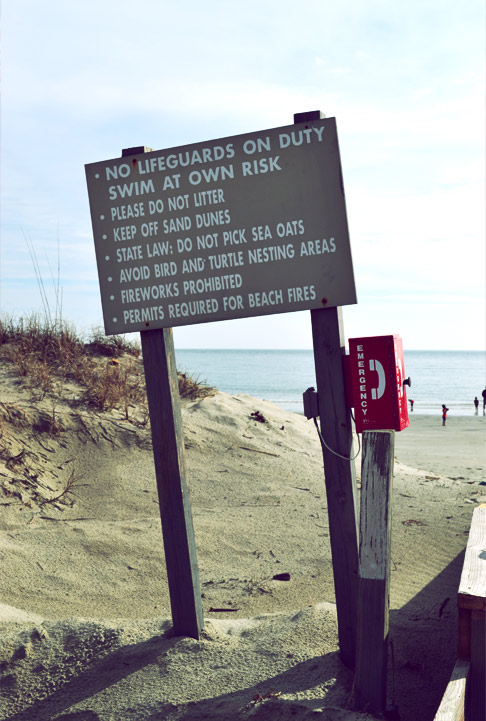 I bought a fancy new camera that I don’t know how to use and always forget to bring anywhere except restaurants, which is why I pretty much just have pictures of food, the subway, and me in my bathroom mirror. It’s also why I don’t have pictures of the two tiny Tibetan village women who wandered into the UNIQLO at Ginza Mall, apparently fresh from a day of hawk-training on the wild steppes.

Standing at about 4’8″ and gabbling loudly in an unintelligible dialect, they toured around the sales floor in traditional fur-lined herder’s hats and floor-length sheepskin overcoats padded with embroidered silk. Judging solely by the pitch and volume of conversation, the outerwear aisle was particularly awesome. They rubbed the material of each jacket between two fingers and didn’t seem bothered by the stares of the young, scrubbed Manchu dressing room attendants with gel in their hair and one red-headed Western girl holding an armful of thermal long johns.

Sometimes I forget that most of China is still third world.

We went back to the South Carolina islands for a brief 7 days over Christmas and filled up on marsh grass, cute new baby nephews, central heating and Patricia’s cranberry nut bread. During our last few days, three of us headed out to the beach in peacoats and black leather and watched downy windproof-vested joggers leaving crisply athletic footprints in the damp sand. None of them, I surmised, were even slightly hungover. 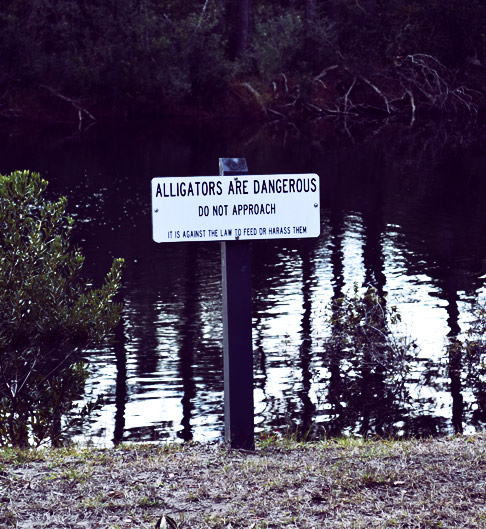 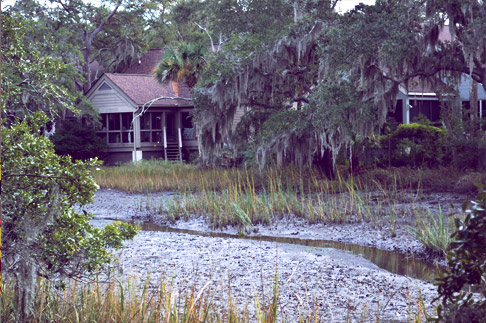 Charleston airport is a sad reminder that the American aviation industry is the corporate personhood equivalent of Tracy Jordan from 30 Rock: billionaires with too much money, poor impulse control and responsibility issues. We arrived at 5:00 a.m. with enough time to watch one of the maintenance crewmen try to tow the airplane around to the gate. He backed it into the fuel truck instead, killing at least one of the nav lights on the wing and with it any hopes we may have had of making our connecting flights. No one showed up at the ticket counter until ten minutes after our departure time, thus avoiding answering tricky questions like, “Since I’ve given you several thousand dollars, can I have a ride in your airplane, please?” 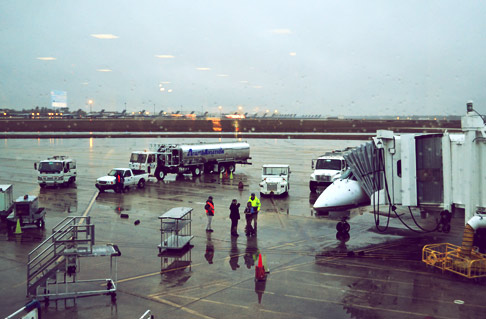 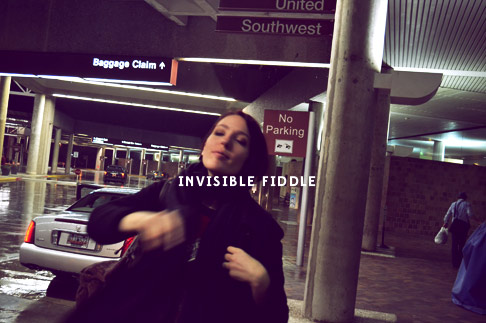 People wonder why it’s like pulling teeth to get me to set foot in North America, and I make lots of excuses, but the truth is that I have an irrational fear that I’ll go back for a 2-day visit and I’ll wake up two years later enjoying a nature walk and a Cliff Bar. The whole country is a venus flytrap of car insurance and trips to the dentist; it’s so damn convenient to sign up and get your membership card, but turn around to head on home and some piece of you always gets suctioned down into the sticky-sweet honeypot full of minimum payments and existential dread.

Perversely, I feel better when the hazards are all quantifiable and laid out in front of me, where I can spear them with my lance. Hazards, for example, like air pollution. 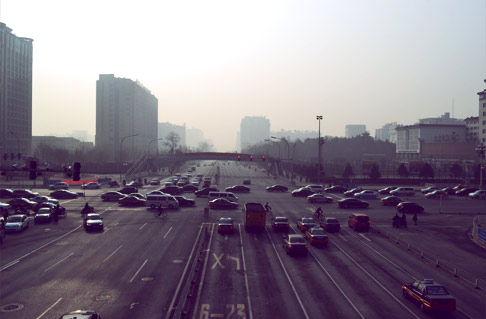 Every city has its thing. Nothing short of a ball gag will stop a Los Angelean from talking about commuter congestion. Freeways, it seems, are endlessly interesting. In South Carolina it’s college football. With Beijingers it’s the Air Quality Index, most accurately and popularly reported by the U.S. Embassy AQI service. Yeah, there’s an app for that (and a Twitter feed too). I never check it.

I found myself at Slowboat Brewery last Saturday afternoon asking a table of perfect strangers – all huddled around their phones professing dismay – why they bother looking at the damn thing. None of them could really answer me. To be fair, that day was particularly comment-worthy. The EPA pegs a safe Air Quality Index at around 25. Beijing is typically in the 200’s. Schools here don’t let the primary students outdoors when it’s over 400. The AQI meter itself tops out at 500. It hit 755 in Beijing on Saturday, to horrified cries of “apocalypse!” from every quarter. Maybe gravitation’s just been on the pull so long, it can’t remember which way it swings: there was more dirt in the air than on the ground. 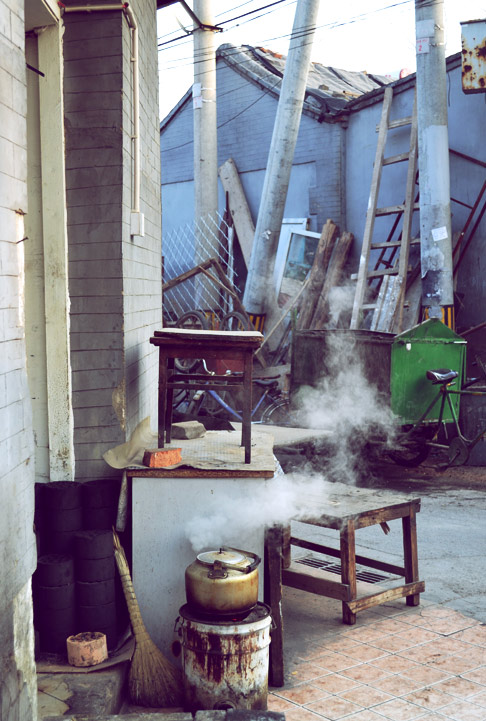 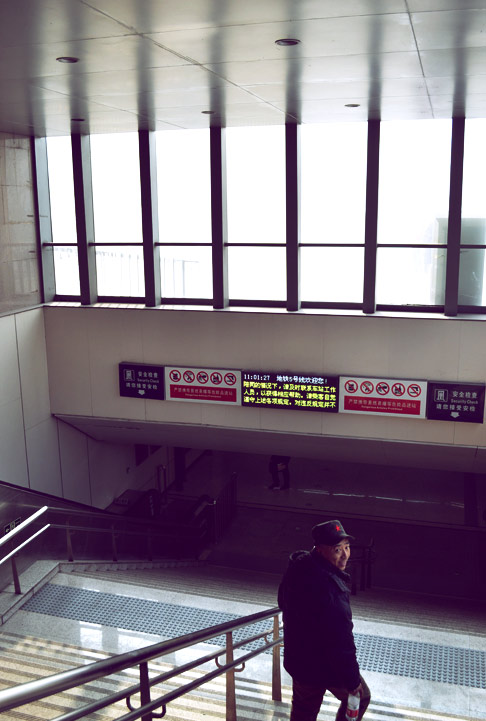 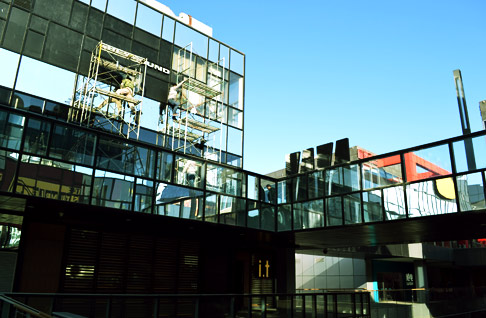 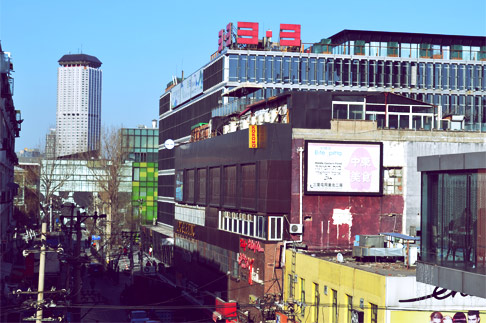 Let’s clear something up here: Beijing is gross. It has no plans to stop being gross anytime soon. And if there isn’t enough Henry Rollins in you to be at peace with that, then move to Milan and spend the rest of your long, fruitful, cancer-free days wallowing in the scent of fresh-baked eclairs. In the meantime, surely everyone can rustle up enough punk rock spirit to remember that we’re all just sad mortal meatsacks squelching and farting our way towards one terrifying end or another. The only difference between us now is that I went outside Saturday, and you didn’t. 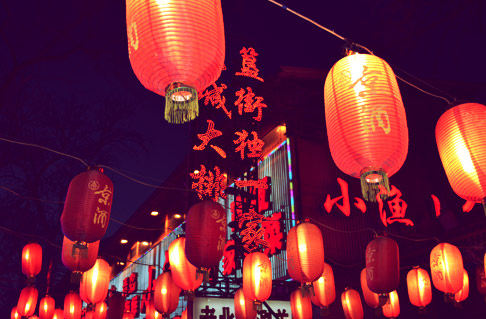 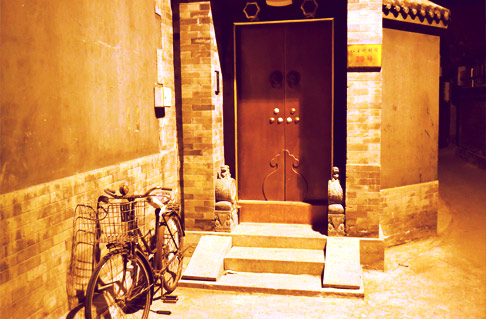