The Great Wall of Corn, Wasps and Possibly Duck Brains

I have very few written records of my first year here, but I can remember almost every minute, because almost every minute was a fist full of formative experience in my psychological groin. I remember seeing the school chef at the outdoor market picking out a slimy haunch of rotting beef – “the best meat in a 30-mile radius”, he said proudly. I remember waking up covered in a blanket of ladybugs during the annual infestation. We picked them out of our hair for days.

And I remember realizing that the nice white bedspread I was so indignantly haggling over at the village shop was expensive because it was actually a funeral shroud. I’m pretty sure I accused the shopkeeper of overcharging foreigners and insisted I “knew how much a duvet should cost”. I’m really kind of an ass sometimes.

With that year in mind, I’m under no illusion that living in Beijing constitutes living in China. Real China is mostly engaged in the agricultural production of starchy foodstuffs, and it looks askance at the fresh blocks of cheddar in my fridge. So when my friend Astra and her daughter Kate came to visit, I felt that I’d be failing them somehow if I didn’t show them at least an approximation of China’s countryside. We took the bus to HuaiRou and planned to snag a black taxi to the Wall once we got there.

‘Quaint’ is a stupid word, but it keeps coming up: 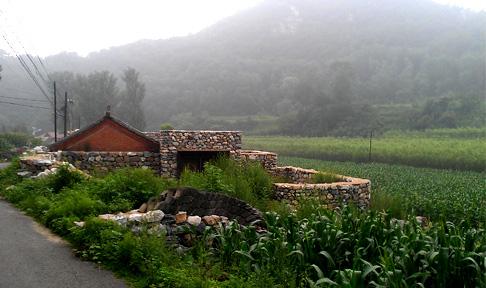 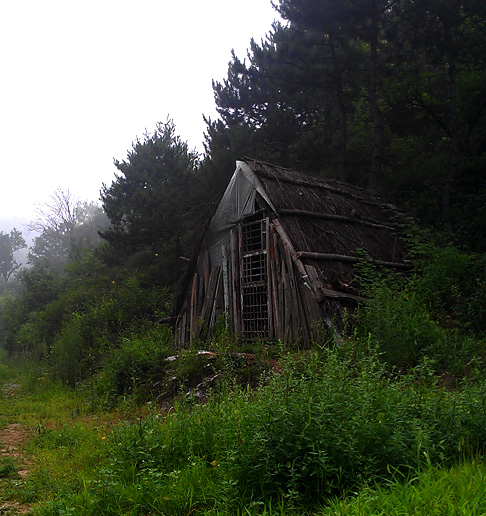 Driver Ao let the three of us out on a deserted dirt road in front of an abandoned millstone and pointed off into the brush. “Head up this trail, and you’ll be at the Great Wall in twenty minutes. You should thank me,” he said, nodding wisely, “you’re going in the back way, so you won’t have to pay the entrance fee.”

Think of all the things you can do with that seven dollars, I thought forty-five minutes later, as I scrabbled up the mountain through a small cloud of wasps and suppressed the urge to slap hysterically at my legs. Adventures, I reminded myself, are never adventures without a hefty dose of self-doubt at the three-quarter mark. 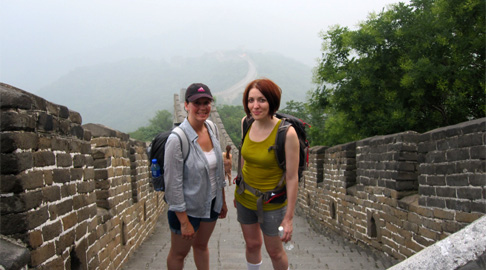 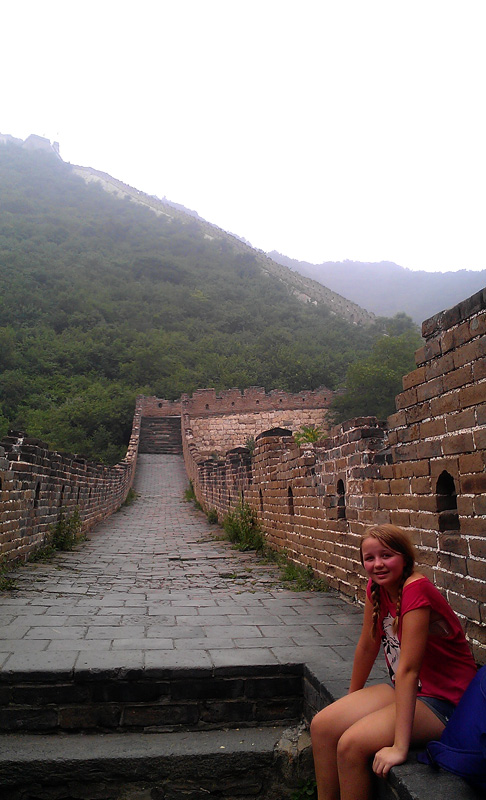 We spent the night at a farmer’s home in XiZha Zi, a tiny 400-person hamlet near the base of the Hou JianKou tower, a place too small even for a single village shop. Somewhere in the corn fields, past a very small duck farm and just before a dilapidated wedding pagoda, someone had painstakingly scratched away the eyes and mouths of every figure on the murals outside the elementary school, begging the question (as Kate pointed out), “What did they see?” 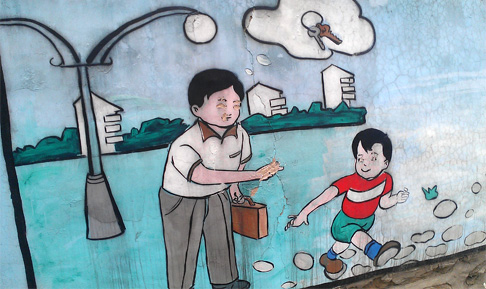 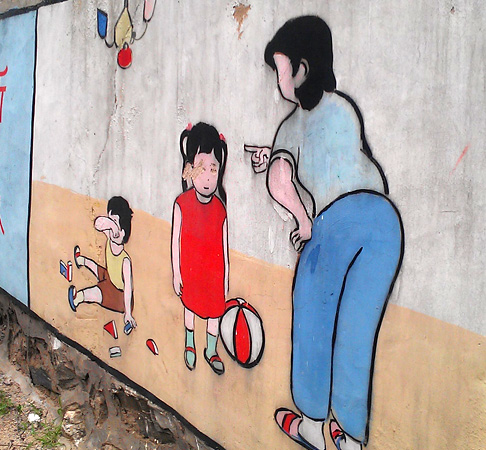 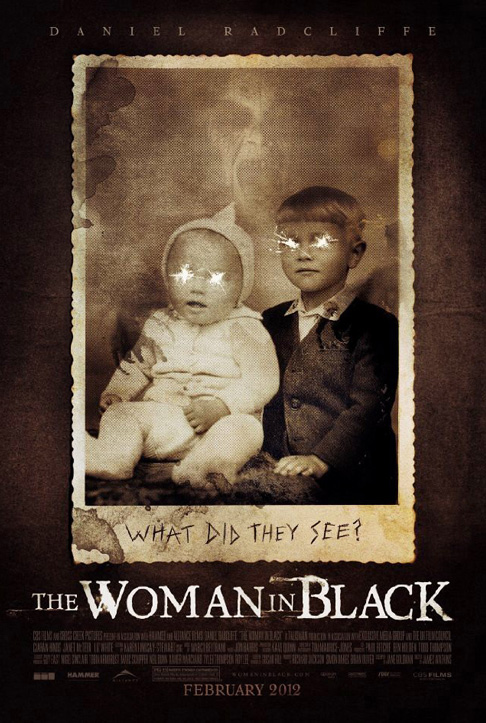 Rooms in Xi Zha Ji are sparse but very clean, with private bathrooms, and the tromping as about as good as tromping gets: 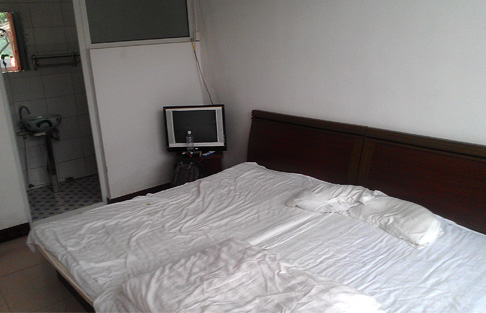 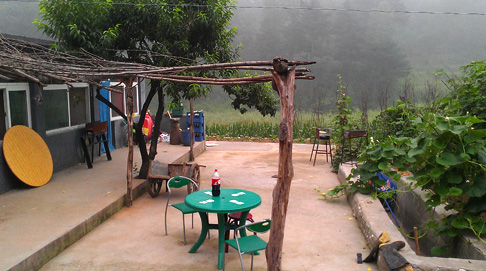 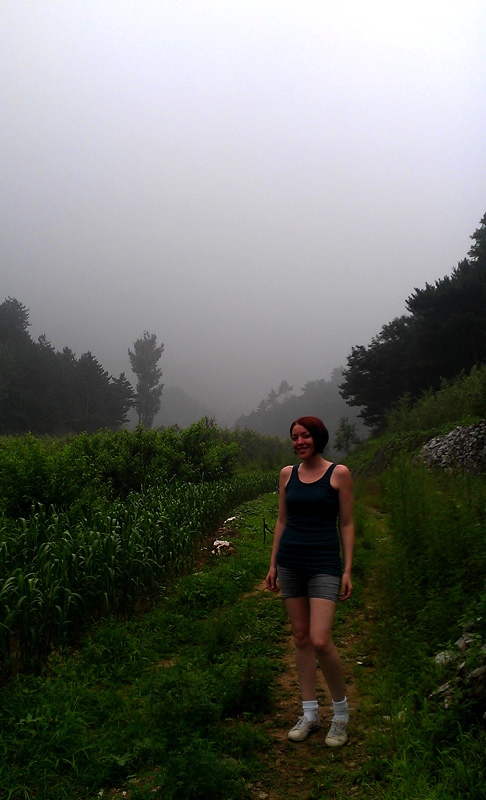 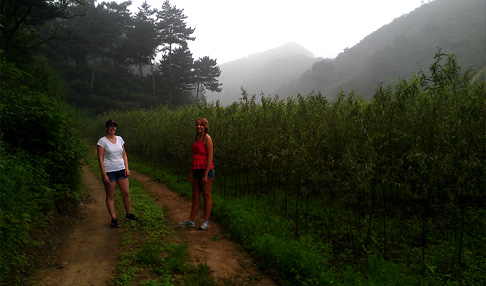 The farmer’s wife cooked for us; vegetables out of the garden, some salad made with a leaf whose flavor I couldn’t place and for breakfast, a strange pat of smooth, very salty pink stuff topped with bright red glaze. I smeared a little of the latter on my bread and four bites too late, recalled an old acquaintance describing the taste of duck brain paste. Smooth and salty, he had said. Particularly delicious with blood sauce, he had said. 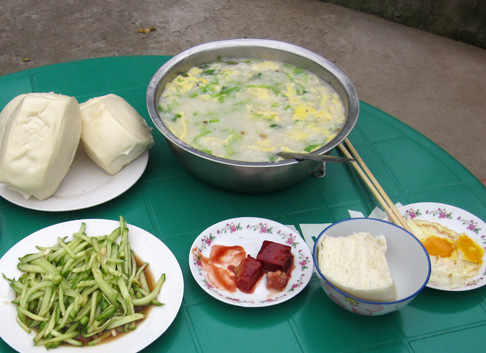 We headed back to Beijing in a moderate rainstorm, and the next morning, worried messages from my friends alerted me that a few people had been killed in landslides on the Wall the night before. Beijing had seen its worst rainfall in 60 years – they were calling it the Beijing Sea. But by then, we were back in my apartment with a nice plate of bean dip.

All of this rural talk isn’t to say we didn’t do the city-side municipal rounds, though a review of the photographic evidence suggests that Kate and I did nothing in Beijing proper but purchase and consume noms. 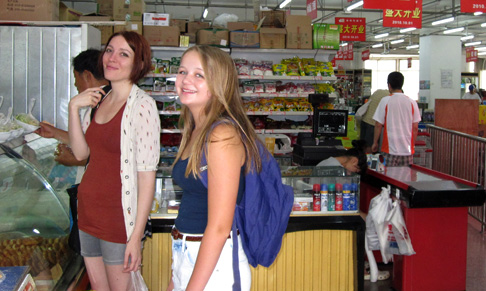 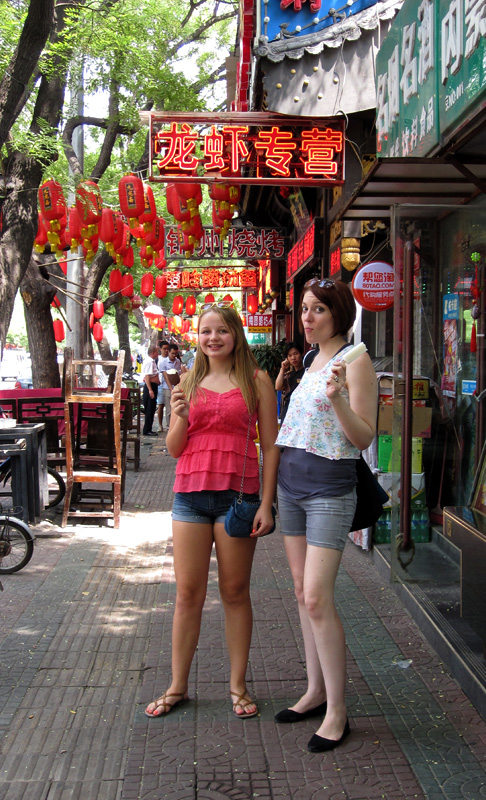 Immediately after purchasing dinner at GuiJie, and just before purchasing brownies and sangria at The Bookworm’s Electric Shadows showing of “The Apartment”: