Welcoming the Year of the Dragon

This is my fourth lunar new years in China, and I really did try not to get so swept up in the revelry that photos fall by the wayside. I did manage a few pictures and some video, but along the way what I’ve found is that our camera is woefully inadequate to capture the Bladerunner dystopia that Beijing becomes during New Years week. Some choice selections:

What’s odd about this deer penis wine is not really that it exists at all, but rather that some of it’s missing from the bottle. 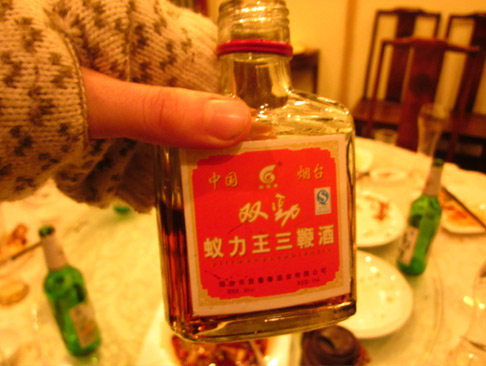 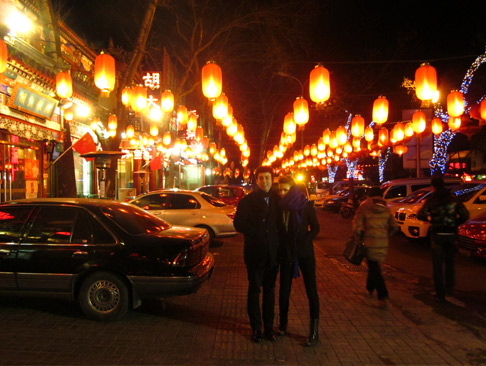 The bowling alley at GongTi 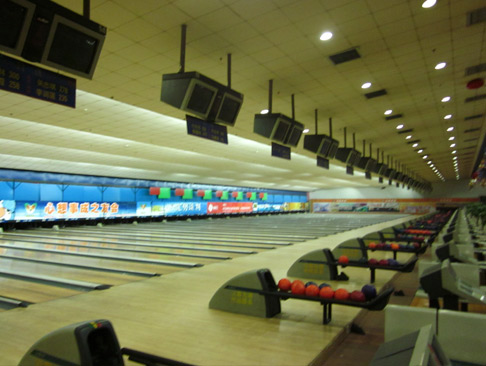 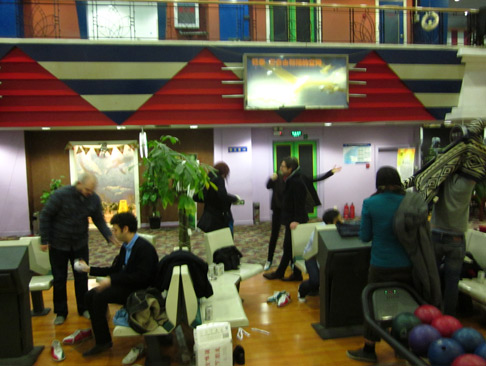 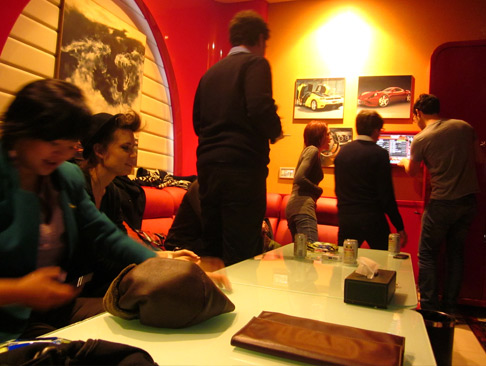 What happened after that last picture has been stricken from the record, but suffice to say it involved a very loud group chorus of House of the Rising Sun, and at least one song by the Spice Girls.

Off the subway – headed for the temple fair at Ditan park 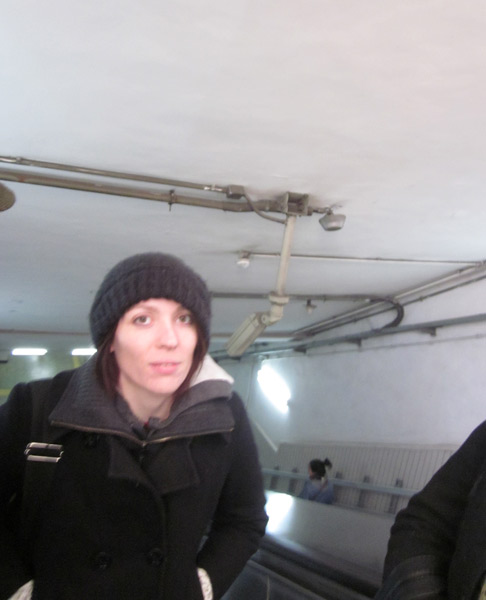 Sign on the public bathroom at Ditan park. Glad we’re all finally getting honest with ourselves about the dangers of entering a public pisser here. 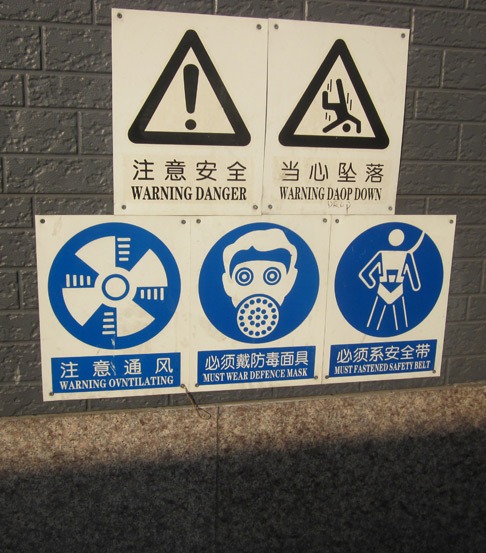 Bekka and I at Ditan park gate 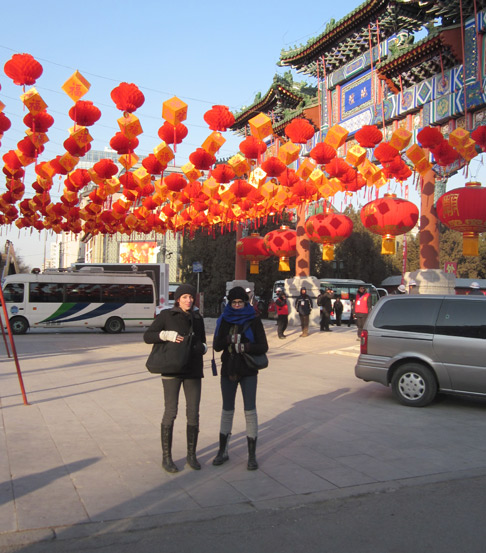 The long slog into the park 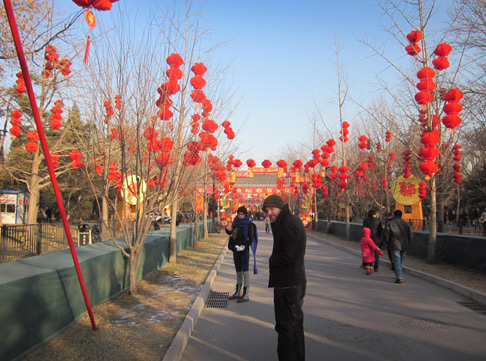 Kyle pretended to pose for this so I could snap a shot of the true face of socialism: giddy officers carrying a giant teddy bear. 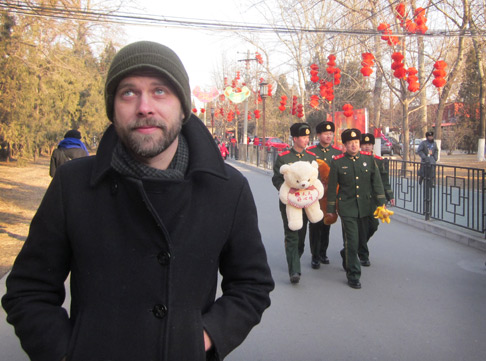 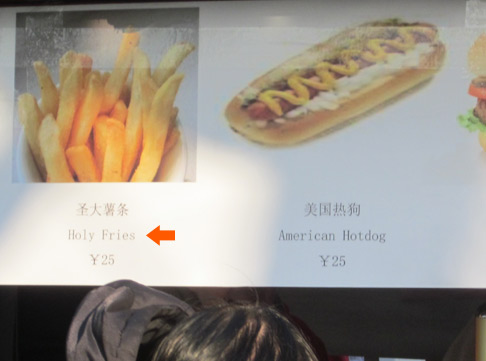 Chinese temple fairs: exactly like the American fair in that the food looks scrumptious until four seconds after you eat it, at which point it becomes a solid ball of indigestible remorse 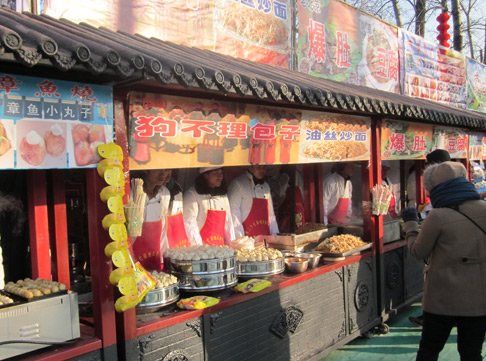 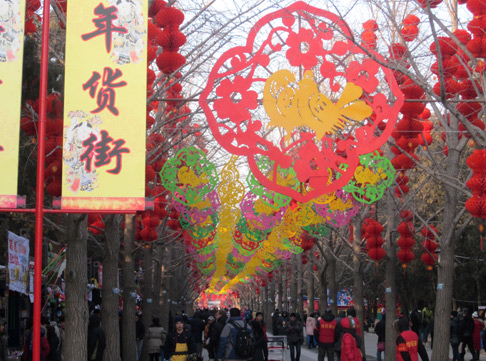 I almost photoshopped in a bunch of cherry blossoms. 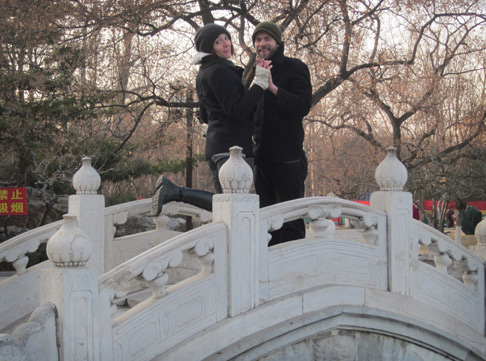 The cracking fireworks, going off intermittently for days now, start in earnest after nightfall. The air fills with the smell of cordite. 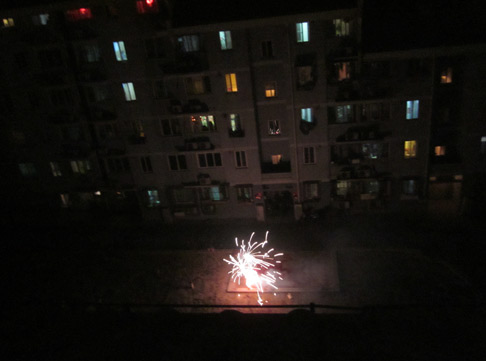 From the window at a house party: 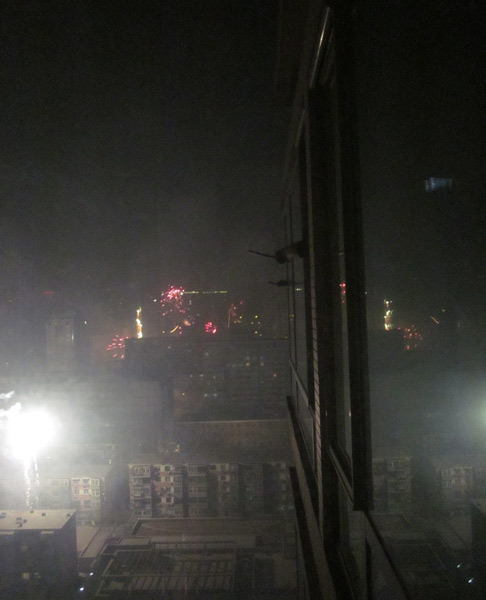 We run outside and join the fray 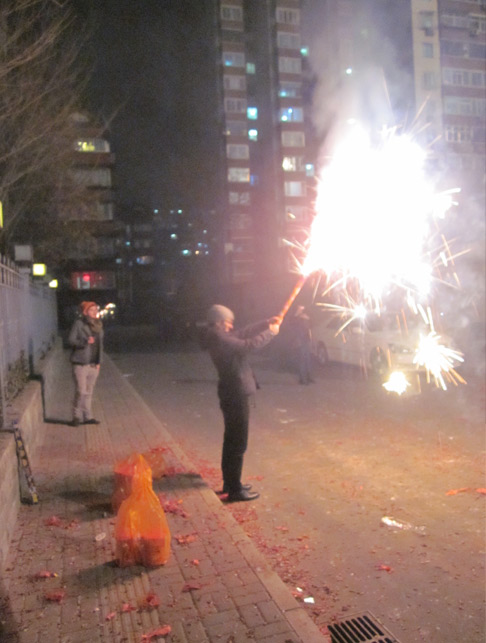 Every street is ankle-deep in red firework paper 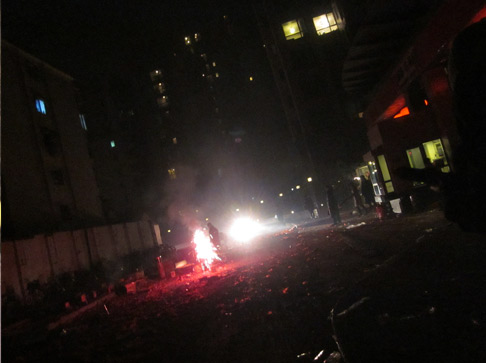